“My lower back feels so much better and I believe that by keeping my back in alignment I keep my lower back problems to a minimum and also keep other health problems from arising. I keep coming in for regular chiropractic adjustments because I believe in being proactive when it comes to my health. I also prefer to better my health through alternative methods rather than drugs. I believe the outcomes will last longer, with less side effects. Chiropractic also gets to the root of the problem, it’s not just a band-aide.”

“Since birth, there was fluid trapped behind my son’s one ear. It eventually caused him to have ear infections that would not go away, even with antibiotics. After his first adjustment, it cleared the fluid that was trapped behind his ear and he never had another ear infection again. No surgery or antibiotics for him. I think every baby should be adjusted right after birth, being born puts a lot of stress on our spines. If my son would have been adjusted right away, he wouldn’t have had the fluid trapped behind his ear and he wouldn’t have had those painful ear infections. It has also made him a healthier child in general.”

"The muscle in the right side of my neck felt like it was pulling my head down to my shoulder. It was very painful and made it hard for me to concentrate and focus. I previously tried Botox shots in my neck, physical therapy and massage, but none of these treatments seemed to have a long-term effect. Within the first few weeks of care at Spring Lake Park Chiropractic, I began to notice a big difference. The pain was going away and I was able to focus better and get a good nights sleep. The staff is very friendly and knowledgeable. Chiropractic care has improved my health and life a lot after treatment. I feel so refreshed." 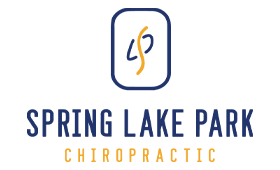